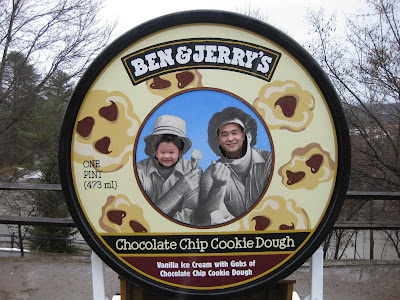 My obsession for ice cream dates way-back into my youth... Growing up in the early 70's I have fond memories of visits to Magnolia House in Aurora Boulevard, Quezon City; Selecta Restaurant in Mile Long, Makati; and simply waiting for "Manong Sorbetero" with much eagerness to pass by our house between 3-4pm daily. 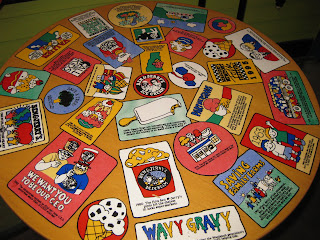 Fast forward to my first gig as an entrepreneur/food consultant, where 18 years ago I formulated my first ice cream recipe for a now-famous Gelato company. Being new in the field, and having been tasked with something daunting yet exciting, I patterned my ice cream base from Ben & Jerry's - VANILLA to be exact. Not only was their success-story inspiring, this pair simply makes a MEAN ICE CREAM! 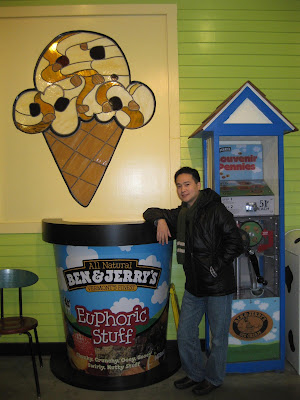 Last April 2, 2011, during our US trip, I had the rare privilege of visiting the small state of Vermont; and what perfect opportunity it was to touch-base with my Ice Cream gods -- joining the Ben & Jerry's Factory Tour! It was indeed a dream come true... Driving towards their factory gave me goosebumps all over; I didn't know what to expect. As you walk through the corridor leading to the main door, you will see the history of Ben & Jerry's - how they started, where they started, which were their top flavors and which flavors had to be literally buried in their graveyard. Yes, that is a fact, they have a "Flavor Graveyard". 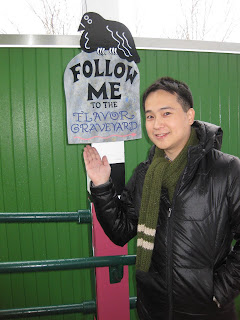 Once you enter the main door, it is like you walked into Willy Wonka's Chocolate Factory but instead, you are in reality in an ice cream factory. The retail shop boasts of different products featuring the Ben & Jerry's trademark and items that will suit an avid ice cream collector's fancy. The guided tours have an interval of 15 minutes, and once you hear the cowbell's noise, you know for sure you are about to enter the Zone. All of the participants will have to shout out their names loud and if it was loud enough, then you are allowed entry into the sanctuary that is Ben & Jerry's. 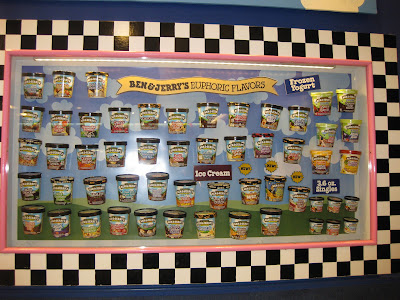 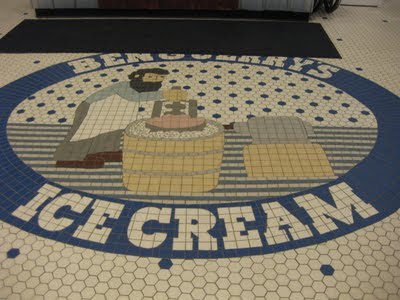 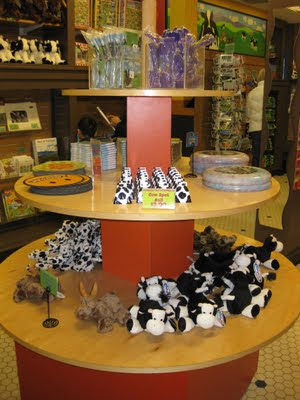 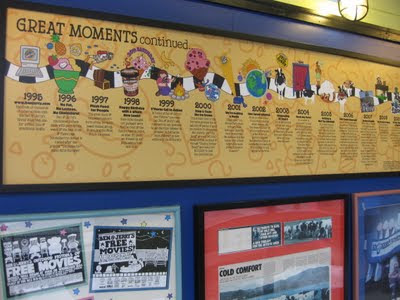 Everything else from hereon were TOP SECRET! No photos were allowed but instead, you are totally encouraged to be a kid all over again. We were taken into a viewing hall where we relived the company's humble beginnings which dates back to the 70's (think Flower Power Era). The partners encountered a lot of strumbling blocks on the way to the top but their friendship remained strong and firm.

Then we were all transported to the production line where you can see the staff using the machines to churn the base of their ice cream, where the flavors and mix-ins are dumped into the mixer before they are transferred into those colorful pints and packed ready to be delivered worldwide. Take note that their company only uses Vermont's finest natural ingredients and sources out only ingredients from other countries which they see fit as part of their economic and social mission that clearly defines Ben & Jerry's from the rest. As you exit, you will see the Top 10 Flavor List and what a nice surprise as we bumped into one of the company's pioneer chief ice cream maker who gladly posed for us. 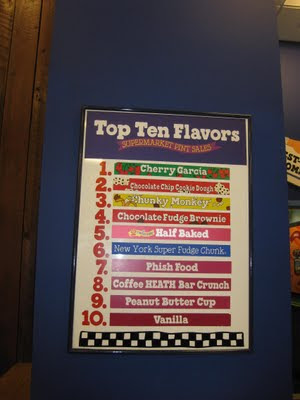 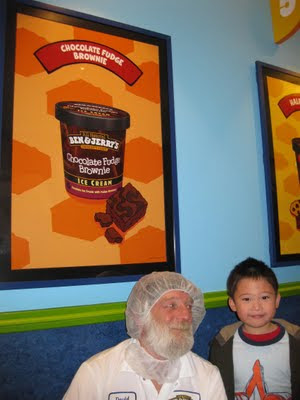 What is a tour without ice cream? We gladly indulged ourselves with not just 1 but ALL they had - freshly made right out of their production line. It was indeed worth the trip and clearly I was on cloud 9! 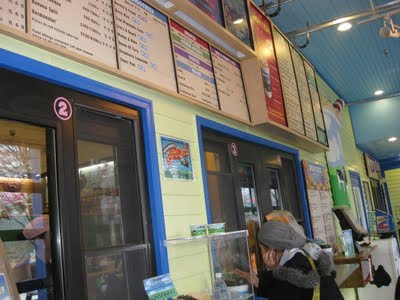